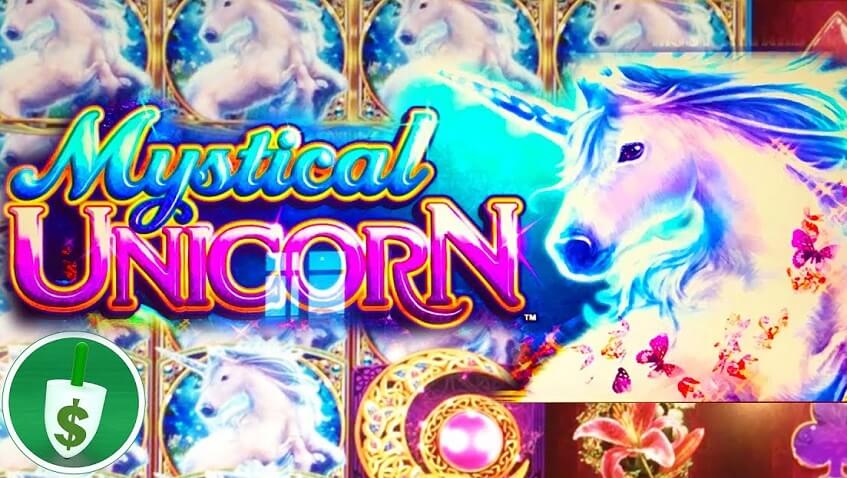 WMS have a whole series of slots that are basically the same game but with different skins over a basic skeleton. Mystical Unicorn is one such slot, with nothing that really makes it stand out in a crowd at all. The game was originally found in brick and mortar casinos and once recreated for the virtual world became a part of WMS’s G+ Deluxe range. All the slots in this range are similar, with the same features and similar artwork.

Mystical Unicorn has five reels and up to 100 paylines. All the lines are optional, and the wagering values are very good. Combined with its simple layout and similarity to other slots in the same range, this all makes Mystical Unicorn a great slot for beginners to practice on. It is also widely available, both online and on brick and mortar casino floors.

One of the key points in WMS’s G+ Deluxe range is its graphics. These are done with added detail although they are still in drawing format similar to what can be found in thousands of other slot games around the world. Mystical Unicorn has graphics that would look good on a small girl’s wall, full of fairies and unicorns and bunnies. The artwork itself is pretty detailed, and while being common is pleasing to look at. The sound track falls a bit short, with the usual slot machine dings and dongs and a random cheesy voice over when you hit a winning combination.

Mystical Unicorn is a bit confused when it comes to its theme. On the one hand it is a fantasy slot with white unicorns and fairy princesses. On the other hand it has medieval castles and a very Robin Hood-esque man with a sneaky looking goatee. At the bottom of the paytable is the suits from a deck of Poker cards. This is another staple in the G+ range, and sadly has nothing to do with the theme of the game at all. They have however been done slightly differently and pictured as jewels, which make them look faintly like boiled sweets.

Mystical Unicorn has the very basic special features that one would expect in a video slot, namely a wild symbol and a scatter that launches free spins. The wild is not surprisingly the white glowing unicorn of the games name. This fantastic equine can be found on any reel, and will replace all other symbols in the game except for the scatter.

Mystical Unicorn does have one saving grace and that is two progressive jackpots that are linked to the G+ Deluxe range of games. A minor and a major jackpot are on offer, but can only be won during the free spins round. It is important to note as well that the likely Mystical Unicorn hood of hitting either of these is greatly increased if you wager bigger.